Toxin exposure from long term, chronic candida yeast infections causes cell damage at a deep level. If you are in very poor shape, if you can't handle die-off or detoxification, you may need to deal with these issues.

At a basic level, candida produces so many toxins that your liver gets worn out, overworked, and is not able to eliminate all those toxins. They get shunted to cells, to be gotten out of the way. Which doesn't help out the cells any, to say the least.

When you kill candida, the toxins in it get released. Kill a bunch of candida, a whole lot of toxins are released. If, as is the usual case, the liver is not able to handle this load of toxins, they end up making you feel lousy. It's called candida die off symptoms. And is the reason why we say start slowly by using a very low dose of whatever you are taking that may kill candida.

There are people who experience such a high degree of sickness, they literally cannot take anything to kill candida. Any amount of extra toxin release is too much. They are basically already way to sick to start with to be able to handle any more. It's no fun.

What's going on with them, at least partly, and what goes on to some degree with everyone who has had chronic candida yeast overgrowth is the following.

Candida toxins eventually disrupt the ability of the pancreas to make a number of the metabolic enzymes needed for cellular detoxification and for energy production in the cells. (They may disrupt many others too, but these are the ones I know of.

Metabolic enzymes are required for anything and everything to happen in the body. They are the catalyst needed to make something happen. When the metabolic enzymes cells use to get rid of toxins are not available, the cells cannot get rid of the toxins. They sit in the cell disrupting its functioning.

When someone has reached the point where they can't take anything that detoxifies, or that kills candida, its because both their cellular detoxification pathways are not functioning, and their liver is not able to detoxify effectively either.

Candida toxins also disrupt production of the pancreatic enzymes that are needed to produce energy aerobically and anaerobically too. Cells can still produce a little energy, using the anaerobic sugar fermentation process. But not a lot. This process produces lactic acid as a byproduct of sugar fermentation. The cell can't detoxify the lactic acid because its detoxification pathways are also not working. So lactic acid builds up in the cells, they become inflamed. They hurt.

The worse someone is, the more this process is happening. Something else is involved with this too.

Tartaric acid is in wine and baking powder. It is not normally produced in the body, but is produced by candida. This production by candida of tartaric acid causes muscle weakness. Here's what happens.

Tartaric acid is closely related to malic acid, which is a key component of the citric acid cycle that produces energy aerobically in the cells. Tartaric acid blocks the metabolism of malic acid. (Once we learned this, we added L-malic acid to CandiClear5.)

Without malic acid, the body cannot produce energy aerobically by oxidizing glucose, but instead it produces energy anaerobically by converting glucose into lactic acid. This generates only 20 per cent of the energy that could have been produced by proper oxidation of glucose.

The buildup of lactic acid in the cells, especially when the cells have difficulty detoxifying, causes the chronic fatigue, over acidity and even mineral deficiency so common with Candida overgrowth.

In addition, your brain needs a high amount of energy to function normally. Unfortunately, tartaric acid and acetaldehyde, another disruptive yeast chemical, combine to cause mental problems such as brain fog, depression, hyperactivity, autism and schizophrenia. The brain cells cannot produce enough energy to function properly or to detoxify properly, and the candida toxin acetaldehyde builds up in brain cells.

Another abnormal chemical produced by candida fungus is arabinose, which cross-links various proteins, especially enzymes, and in effect causes deficiencies of vitamin B6, biotin and lipoic acid. This cross-linking also accelerates aging, causes cataracts and increases rigidity of muscles, tendons and connective tissue. Which causes wrinkles and aging skin.

So candida overgrowth causes you to age more quickly. Arabinose also leads to increased accumulations of abnormal protein residues inside cells, such as occur in cancer and autoimmune diseases.

Children with autism have the same type of arabinose-containing fibre tangles in the brain as are present in Alzheimer's disease, indicating that both are related to candida overgrowth, although co-factors such as mercury and other pollutants also play a role in these two conditions.

Candida Overgrowth Sets You Up To Develop Cancer

At its most fundamental level, cancer is caused by excess cellular toxicity. This leads to excess acidity in the body. Both of these disrupts oxygenation of cells. All three are the triangle that cancer rides on. Whenever anyone asks me what to do to prevent cancer, the first thing I do is have them check to see if they have candida overgrowth.

There are a few doctors that claim that candida literally causes cancer. And that it can help protect cancer tumors. And it well may do so in some cases. There is no getting around the fact that....

Chronic candida overgrowth is setting you up to develop cancer. It won't necessarily do so, but it certainly pushes your body to the environment where cancer flourishes.

7 Ways Candida Sets You Up To Develop Osteoporosis

There are at least seven ways candida causes the development of low bone density and osteoporosis. You can read more about osteoporosis and what to do about it at BoostBoneDensity.com.

Some people experience rashes and flare-ups on the skin when they take probiotics. Especially at first when fighting candida. This happens because the intestinal wall has been damaged and inflamed by candida and parasites on the wall. So even something healthy like a probiotic may irritate the wall and cause a flare-up somewhere in the body or skin.

What happens is something like this... Upon taking a probiotic, you develop skin rashes or skin itching, or some type of skin sensitivity. Or maybe even a sinus infection or nasal drip. You could suffer very severe abdominal cramps or diarrhea, or an increase in food allergies or environmental sensitivities. You likely already have bad food allergies, and are very sensitive to you environment. The reason the probiotics make it worse is this. The protective layer in your intestinal tract, which should be there to prevent it from becoming sensitive or irritated by even friendly, normal, natural intestinal bacteria, has been destroyed by the candida. Without this natural protective coating even friendly bacteria can end up causing skin rashes.

To protect the intestinal lining and help stop the allergic reaction to friendly bacteria, take GI Pro. It provides predigested protein peptides and other nutrients that help to heal the intestinal wall.

To more quickly fight sinus infections, use our molecula silver with a small amount of hydrogen peroxide supplement Respiratory Support. in the saline solution, to kill the candida or bacteria causing the sinus infection. It is a special type of silver so small that it gets into your cells better than the usual colloidal silvers. $49.95 for a 16 ounce bottle that contains 90 servings. Use it in a nebulizer preferably or a personal steamer or vaporizer.

Back to Home Page 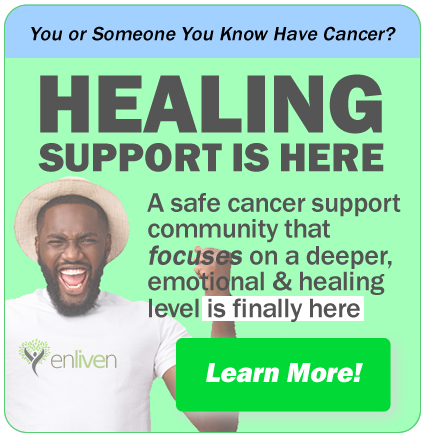 Did you know?
That most people's bodies are overly acidic instead of the normal slightly alkaline pH? An acidic body pH creates a favorable breeding ground for candida and other diseases. Fortunately, Silver 9.0 Plus is excellent at improving pH levels, as is CandiClear5. Also eat tangerines, grapefruit and lemons to improve pH and thus kill candida. Taking a teaspoon of baking soda in a glass of water 3 times a day is also useful for killing candida. 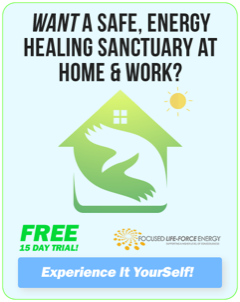